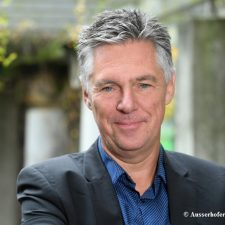 Professor Dr. Ruud Koopmans is the director of the research unit “Migration, Integration, Transnationalization” at the WZB (Berlin Social Science Center) since 2007; furthermore he holds a professorship of Sociology and Migration research at the Humboldt University of Berlin. From 2011 to 2016, he was head of the bridging project “The Political Sociology of Cosmopolitanism and Communitarianism” at the WZB Berlin Social Science Center (with Prof. Dr. Wolfgang Merkel and Prof. Dr. Michael Zürn). His mainly cross-national research focuses on the impact of immigration and diversity on nation states in relation to social cohesion, socio-cultural and socioeconomic integration, national identity and ethno-religious conflicts. His book “Assimilation oder Multikulturalismus? Bedingungen gelungener Integration” was published in 2017 (LIT-Verlag). His new monography “Das verfallene Haus des Islam” is forthcoming in 2020 and will be published by C.H. Beck. From April to June 2019, he was a Robert Schuman Fellow as distinguished scholar at EUI, working on “Cultural Rights of Majorities between Universalism and Minority Rights”.